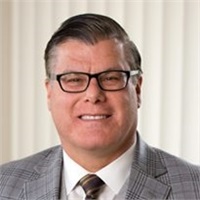 Mr. Finer has published several articles on such subjects as Strategy, Financial Planning, and Leadership and has made multiple wealth management and financial planning presentations, including a presentation to the national Financial Planning Association Annual Meeting in Boston, Massachusetts.

In the community, Mr. Finer has served on several for-profit and not-for-profit Boards. He was the Treasurer of the Feinstein Foundation of Rhode Island where he assisted the President of the Feinstein Foundation in the design and execution of the Foundation’s multi-million dollar investment strategies. He was also the Treasurer of the Feinstein Family Fund. He previously served as the Assistant Treasurer of My Brother’s Table, a food pantry in Lynn, Massachusetts and current serves on the finance committee. He also served on the Board of Directors of Congregation Shirat Hayam in Swampscott, Massachusetts where he worked on the statutory merger of Temples Beth El and Israel to form Congregation Shirat Hayam. Mr. Finer served for 30 years in the United States Army Reserve, and National Guard to include deployments to Hurricane Katrina and Iraq.

Mr. Finer was also on the Board of Directors of the Association of the First Corps of Cadets in Boston, and the Board of Governors at Kernwood Country Club. He was a member of the national audit committee of Zeta Beta Tau Fraternity where he was a fraternity member from 1983-1987. Mr. Finer is currently a Brother of the Norumbega Fraternity Lodge of Free Masons.