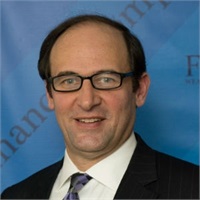 Gary M. Coon, MBA, brings over 20 years of leadership experience in both business and government to Finer Wealth Management. Receiving both his Bachelor’s degree as well as MBA from Babson College, Mr. Coon utilized his education and experience in his positions as an analyst in the venture capital industry. Mr. Coon worked as an analyst for Venture Economics, Inc., the publisher of the Venture Capital Journal, where he tracked the portfolio investments of professional venture capital firms throughout North America. Mr. Coon also served as an investment analyst for Zero Stage Capital, an early stage, high-technology venture capital firm in Cambridge, Massachusetts.

Mr. Coon is also an active and distinguished member of the community where he has held many leadership positions. He currently serves as a commissioner with the Essex National Heritage Commission. Previously Mr. Coon was elected to serve in the Massachusetts House of Representatives for the 17th Essex District where he also served on the Committees on Commerce and Labor, Taxation, and the prestigious Ways & Means Committee. Additionally, Mr. Coon was elected by his colleagues to serve as Assistant Minority Whip, a member of the legislative leadership. During his time in office, Mr. Coon was a primary force in the reduction of capital gains taxes, a tripling of the investment tax credit, the formation of a single sales factor for manufacturers, workers compensation reform, unemployment insurance reform, the establishment of regional economic development centers, and other pro-economic growth legislation.